The U.S. patent database reveals that the legacy of ball valve pioneers in the oil and gas industry dates back more than 100 years. Numerous developments in valve technology have been made, including the ORBIT rising stem ball valve launched in 1938, the use of Teflon seats in 1952 by WKM and the CAMERON T30 Series fully welded ball valve in 1960. Each of these new technologies sought to improve upon the 2,000-plus-year-old valve concept by enhancing performance, quickening operation or reducing weight and cost.

As industry standards lag behind the requirements of the market, end users and operators continue to push the boundaries of existing technology. Particularly the offshore oil and gas production industry, which must balance valve performance, space, weight, operability and maintenance, is pushing existing technology to its limit. Each new offshore development must contend with increasingly complex challenges such as higher pressures and higher content of H2S, CO2, sand or water.

The next logical step
Conventional ball valve solutions have sacrificed longevity for the sake of space and weight or have chosen leakage performance consideration over everything else. In an industry first, Cameron, a Schlumberger company, engineered a ball valve for both with an integrated seat technology.

The GROVE IST integrated seat technology (IST) ball valve is the next evolution of quarter-turn valve technology, much like the trunnion ball valve was the evolution of the floating ball valve. With IST, the primary sealing surface of the valve is decoupled from the spherical ball core (Figure 1). The integrated seat acts against a counter-seat located in the valve body. In the closed position the seat and counter-seat are spring- and pressure-energized to maintain a uniform contact stress not influenced by the elastic deformation of the ball, also known as ball-flex. This overcomes the most complex design challenge of metal-seated trunnion ball valves. 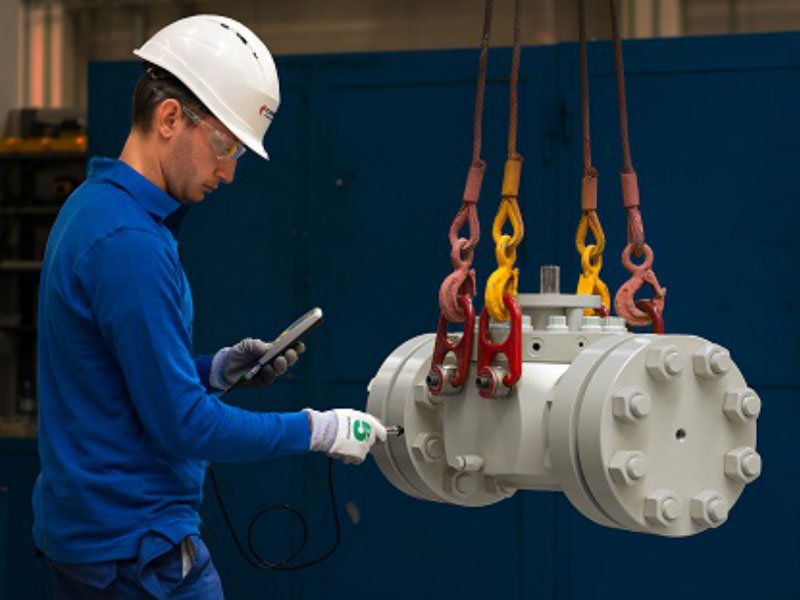 Compounded design benefits
The decoupling of the primary sealing surface from the ball core has eliminated the need for soft seats to overcome the deflection these valves experience. This decoupling also allows new methods of producing the components not limited by conventional grinding techniques. The seat geometry further improves the uniformity of contact stress, increases service life and guarantees the designed seat piston forces are always achieved. This improvement is only possible with the new valve technology and could not be replicated with conventional technology.

Operational rewards
Tight shutoff with metal-to-metal seated ball valves has generally been avoided or only available at a significant cost. As a result of this integration of technologies, the IST valve achieves tight shutoff against liquids and gas, which is important for critical service applications. In blowdown service, valve leakage equals lost revenue, and in equipment isolation, leaking valves can prevent critical operations maintenance from occurring on time or create a hazardous situation.

Likewise, there is a domino effect of reduced component sizes, which allow significant weight savings compared to both top-entry and side-entry ball valves. This effect continues with the valve torque and, subsequently, valve automation. It is common for the required actuators to be half the size or less. Actuation is often the most difficult aspect for piping engineers to design around since large and bulky actuation can cause structural interference and unanticipated piping stresses.

The IST provides the most benefit to operators with high-pressure applications, where valve weight, actuator size or tight shutoff can be the most critical.

Application examples include valves located in risers, flowlines, manifolds, turrets and other safety functions such as high-integrity pressure protection systems. The extended life of components and the top-entry construction reduce the cost of operating the valve over its life and simplify the equipment needed in these difficult environments. While longevity is increased compared to conventional valves, maintenance operations are simplified when needed.

The GROVE IST valve can be maintained inline or removed from the line with reduced lifting capacity. No longer does the ball core need to be replaced as in a conventional metal-seated valve, generating savings with spares management. The new valve does not require special tools to remove the ball from the valve body, eliminating a major constraint with conventional top-entry valves.

Building a robust technology
For these critical applications this technology was developed and tested with a thorough qualification regime not usually associated with topside valves. The latest computational fluid dynamics and finite element analysis tools have been used to verify each design prior to building the first valve. These simulations expanded the boundary of typical valve design practices and subsequently were validated with the physical test results. After building and testing each size, the entire range was subjected to a qualification program in excess of normal industry standards. This included American Petroleum Institute (API) 6A PR2 testing, encompassing high and low temperatures, API 607/6FA fire testing and API 6AV1 sand slurry certification. The valve range also was validated against the most stringent of operating conditions, including high cycle break-to-open stroke testing and high-pressure gas blowdown testing, without compromising valve performance. 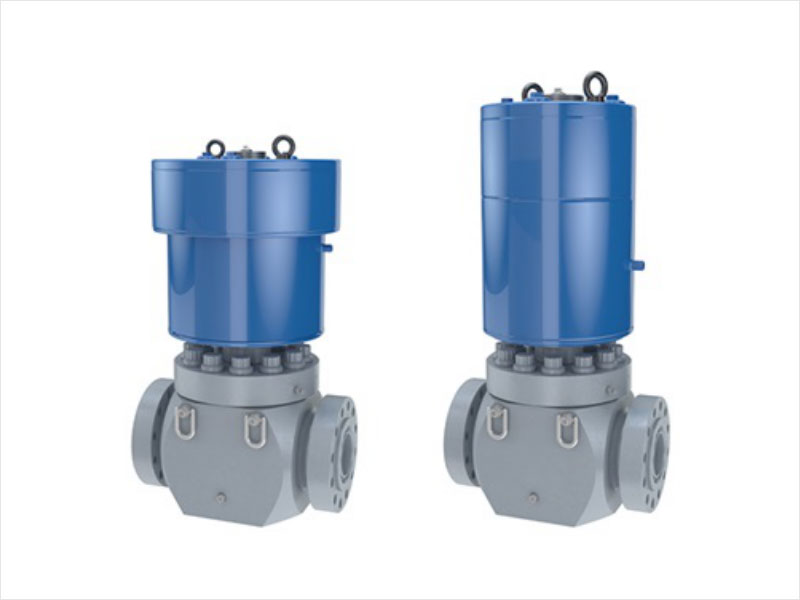 The LEDEEN CP pneumatic and HS hydraulic helical drive series of actuators complement the new valve technology (Figure 2). Both the CP and HS actuators have been optimized specifically for direct mounting on the GROVE IST and to match the required torque profile. This minimizes the oversizing of actuators that occur where actuator manufacturers have standardized on set intervals of modular components and ensures the total package of an integrated seat ball valve with LEDEEN compact actuation is the smallest possible solution.

Offshore producers and operators no longer need to compromise performance and safety for space, weight or cost. With the unique combination of reimagined sealing technology, a single valve design can achieve tight shutoff in gas or liquid while reducing space or weight and increasing reliability.

Hello, please leave your name and email here before chat online so that we won't miss your message and contact you smoothly.